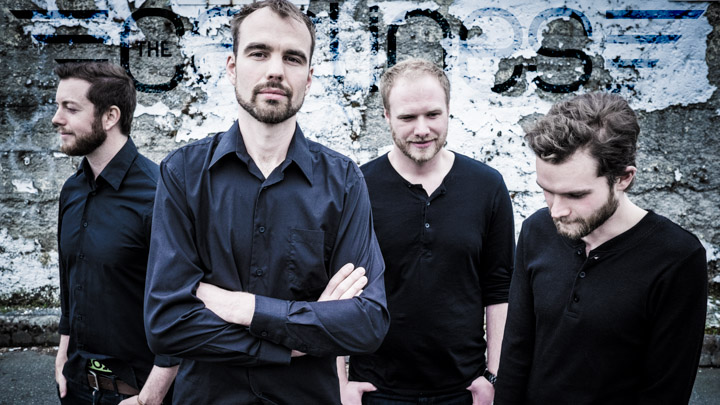 Formed like rough edges of a coastal shoreline, the Carlines were shaped slowly over time by gathering talented, up-coming passionate musicians. Collectively their lyrical, up-beat music is blended by hometown voice of singer songwriter Sjoerd Meyer. Sjoerd, the band’s originator, had be going it solo for a while and decided in 2012 that his collection of songs needed new life. Sjoerd first found Esme (bass), Esme liked the idea of getting in on a band at the ground floor and could get behind Sjoerd’s idea of “what good music was.” Before long Mitch (drums) befriended Sjoerd after a community church performance and then David (guitar) met Sjoerd at the tail end of the Peak Performance Project in Vancouver. David was hooked after a impromptu jam session. Their first EP Sun Will Rise 2014 showcases strong storytelling songwriting and influences of ‘Heart’ felt songs that are danceable and reflective of global modern pop, Indie Rock all folded into one. As their first big media push, they are stoked to be Band of the month by The Zone 91.3FM!