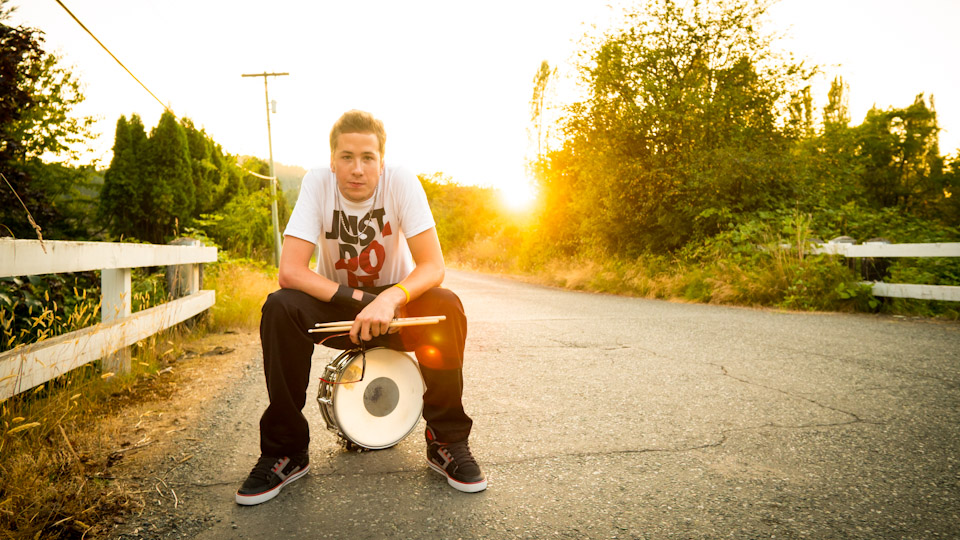 At twelve, drumming for Brad Tasker was as natural as breathing; all four limbs coordinated in rhythm. As he became serious about playing, Brad focused on strengthening his less dominant hand to hone his skill. Within a year after being accepted into the Tech Music School in England, his chance to strengthen that hand unfolded in an unfortunate motorcycle accident. Several bodily repairs were required, including multiple surgeries and nerve graphs to his right arm in hopes of regaining mobility. Undeterred, he envisioned re-rigging his drum kit while still in hospital and booked a gig nine months out as motivation. Brad retrained his mind to have his alternate limbs take over playing his modified drums. Today, Brad states, “(he) play(s) some mean clean drumming” in a local band, National Tape. Formerly with The Zone 91.3FM, he recently announced his new career as producer at Harvard Broadcasting. His heart is still set on playing at Wembley Stadium.

alanDrummer’s unbound spirit and ability strengthened by a case of mind over matter08.23.2013