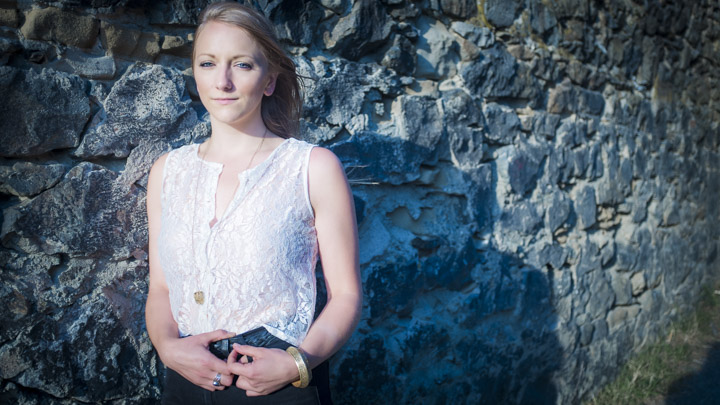 The soul moving voice of Steph Macpherson makes it hard to imagine she had anxiety or was shy about being on stage. Yet, after nearly fourteen years of voice lessons, her love of playing guitar and Sarah Harmer finally took over and in high school she simply stopped worrying about it. Originally Macpherson wrote songs about the people around her where she found herself as the observer, watching the challenging and often emotionally fragile, even dark moments, friends struggled through. To her credit Steph listened to herself and realized she had fewer issues and plenty of support, and asked herself “ why wasn’t (she) doing more?” After a trip to New Zealand in 2006 she wrote her first EP, followed by an LP. Macpherson then went on to win cash awards, and open for many famous musicians (Lilith Fair 2010; Sarah McLachlan, Sheryl Crow, and at Canadian Music Week 2012 in Toronto.) Macpherson’s Indie, Country-Canadiana sound is creating serious buzz. Her new LP is due out spring 2015.