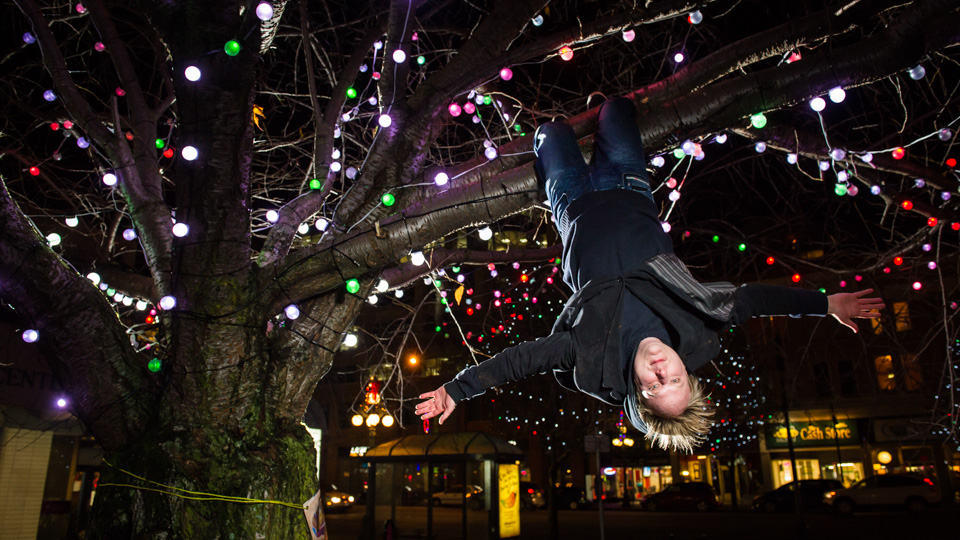 After learning jobs in the gaming industry were underpaid and overworked, Justin Love made a pivotal choice. He switched to a new combined program in Computer Sciences and Visual Arts; allowing him greater artistic expression. Justin designed numerous interactive media installations, including live-visual performances with dancers – 3D tracking, a robot spotlight and a projector controlled by sensors hooked on the dancers allowed their movements to manipulate the audio/video display. Justin later teamed up with Will Bauer (a veteran of interactive art) and Steve Gibson (a professor at UVIC) to form Limbic Media producing several high profile interactive installations. Justin has been featured at multiple international conferences, such as, the International Symposium on Electronic Arts. Recently, Justin and his staff of six created Victoria’s “Wintertree” and G++ one of North America’s only galleries focused on interactive art. Come spring, check out the team’s new display at the Royal BC Museum.

alanMedia Artist turns things upside down for the Love of interactive aesthetics12.09.2012