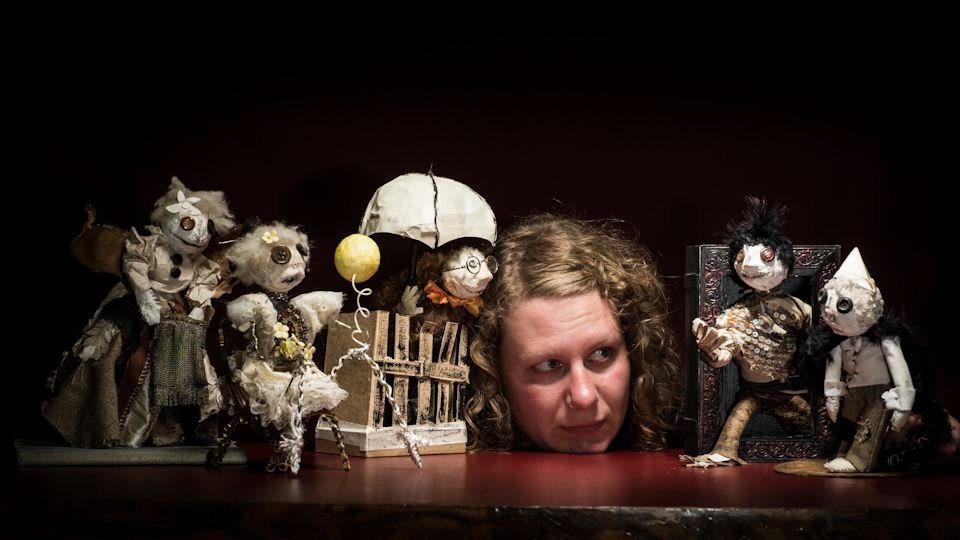 Thanks to her background as a theatre artist, director Kathleen Greenfield naturally fell into doll making as a process of unwinding. She began by exploring characters she planned to use in her performances and creating them in miniature scale. Doll making allowed her to enjoy quiet time away from the bustle of directing. Inspired in part by Coraline, her dolls are a collaboration of found objects around the home. Each one is uniquely pieced together from shear intuition and imagination. Certain influences by Tim Burton and the National Film Board’s Madame Tutli Putli can be seen in her work. Kathleen intends to give her dolls names and write stories with adventures of their own. Right now, she is busy with the production by Snafu Dance Theatre for the stand-alone sequel to Little Orange Man – Kitt & Jane – a take on the world our children will inherit and what “they” will do about it!