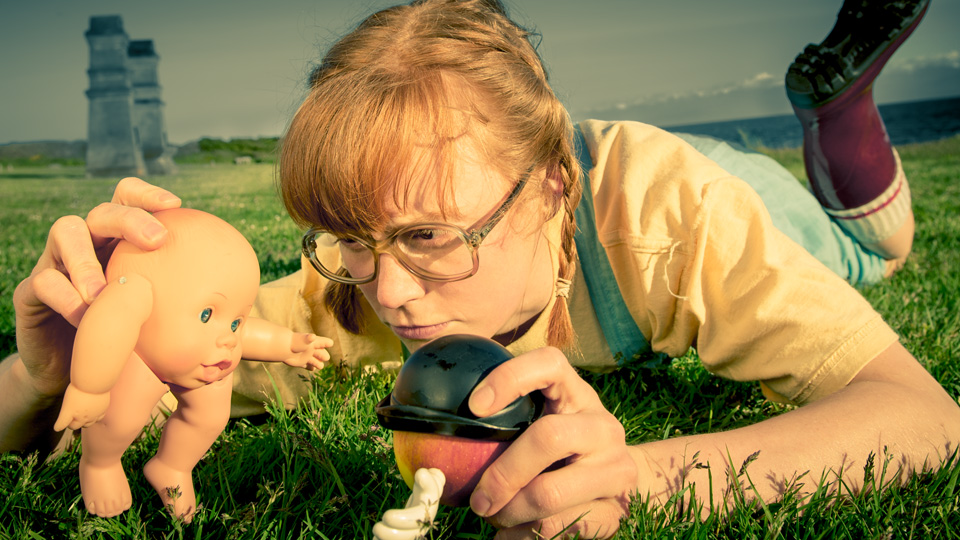 For Ingrid Hansen it’s not clear exactly when being a theatre artist took over her life. She could, however, recall an early ballet class where her teacher dampened her body image, yet Ingrid tolerated the criticism for the love of performing on stage. Later, after completing studies at the University of Victoria, Ingrid discovered others interested in theatre artistry and Snafu Dance Theatre was born. Their core team of three operate the theatre for the many performers that come and go. Ingrid credits her show director, Kathleen, and the times she played-out ‘Found Object Puppeteering’ with her siblings as key inspirations. Ingrid attributes behaving as children do to the success of her award winning production ‘Little Orange Man’ (Ottawa Fringe Festival’s Most Outstanding Overall Production 2012). In the future, she hopes to take similar shows, which blend the abstract intellectual notion of theatre with more immediacy, to schools and small rural communities.