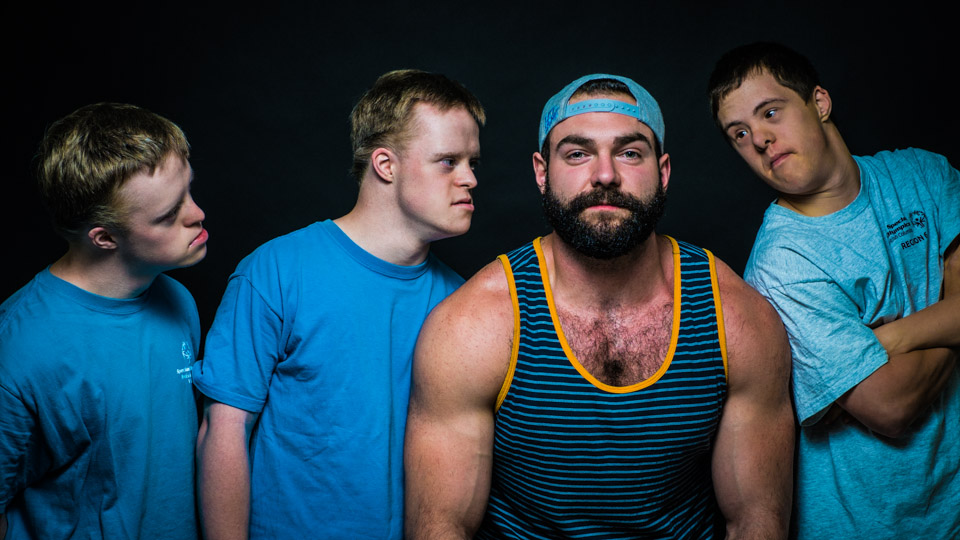 A little over a year ago a friend approached Ray Hodgkinson, a Crossfit Coach, to ask if he would help train some young people with Down syndrome for the Special Olympics. Experienced with combined fitness modalities such as rowing, weightlifting and gymnastics, Ray had competed previously in professional lacrosse for the Nanaimo Timbermen, Minnesota Swarm and Philadelphia. Now in Crossfit, Ray saw the many benefits within the gym to connect with community and the difference it made in his own personal health and well-being. The idea of training people with Down syndrome hit a special cord with Ray. Before he was born, his mother had a daughter with Down syndrome who died of a heart condition at one year old. Even as he trains for his heaviest lift yet to compete in the Crossfit Games, Ray sees working with Scott, Neil and Kyle as a way he can give back and to honour his family.