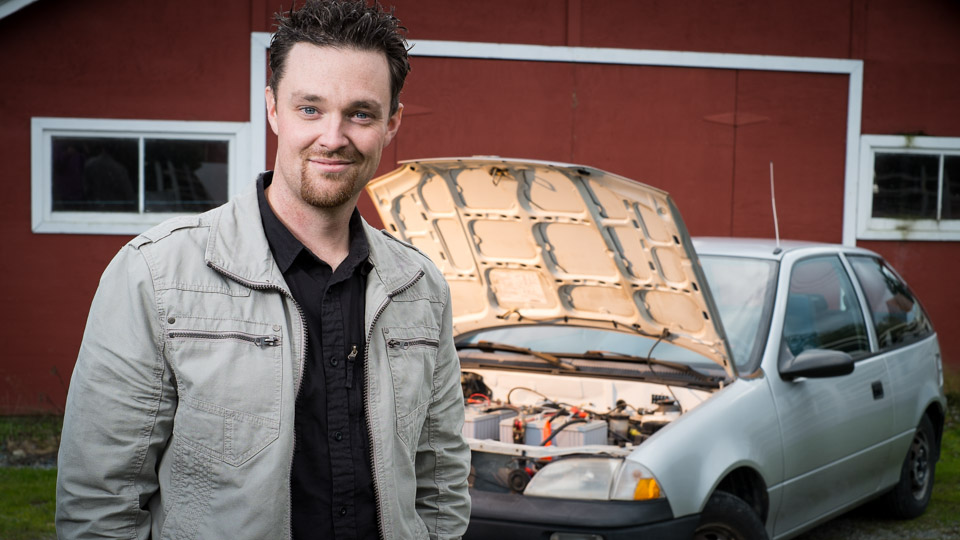 One day while sitting at a streetlight with dollars by the litre burning away, self-proclaimed problem solver Mike Greig decided to take action on his dream of building an electric car. Diligently gathering components of “how to” from around the internet he pulled out the engine, rewired and dropped in several giant batteries costing him a total of seven days work and only $2,570. Mike’s electric marvel travels the typical daily commute of 50-60 km at up to 120 kmph and feels powerful to drive. He created his website to be a one-stop resource free to the public and he noted that in British Columbia changing over your insurance is a simple process. Currently, Mike is toying with idea of creating a business. While others may gawk at your dreams Mike, an enthusiast and pilot, suggests, “When something is different, it is a good enough reason to do it. Do that something that makes you unique.” What’s next for his electric vision? Mike plans on building an electric motorcycle and finishing his first book.

alanReal Power and Efficiency in one genuine idea10.10.2013