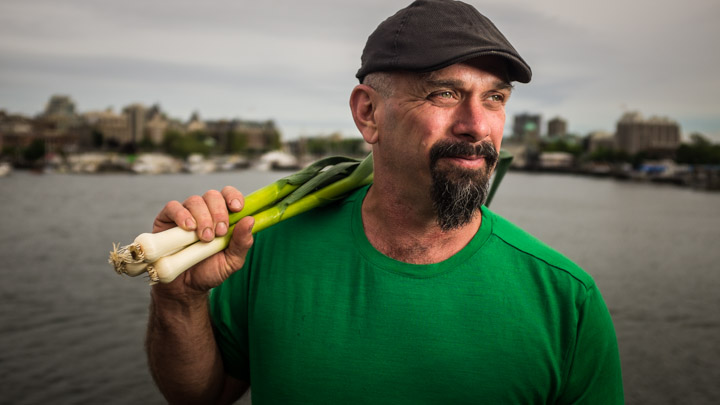 Farming allowed Dan Ferguson to create a living close to home, carry on a family tradition, and overall improve his quality of life. Achieving his goal of operating one of Vancouver Island’s most successful organic farms (on very marginal land and soils) in the Agricultural Land Reserve and to be part of community is his definition of success. Yet, he did something else extraordinary at his personal expense. Dan defended the right for all British Columbians to farm (zoned farmland), which he hopes sets a new precedent so no one else in BC is forced to defend the natural sounds emanating from their farm animals. Leading by example is his nature and he is protecting this valuable resource for future agrarians and the land to be used as intended. Ferguson has shone a light on the disservice that higher levels of government are providing for the agricultural community in general. Behind the scenes, Dan has many active roles in the agricultural community in Cowichan Valley and is changing the world, one taste at a time.

alanAt what cost? He knows and defended it for all British Columbians05.22.2014