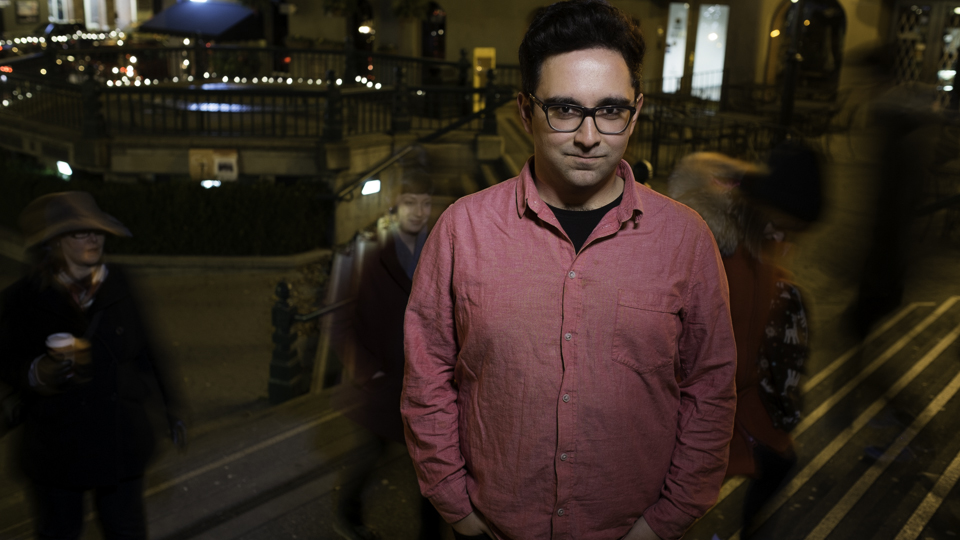 It is a feeling millions of people have regarding their life when not conforming to society’s views, yet brightly shining a light on the subject is a young up and coming actor, Izad Etemadi. Trained at CCPA and the Banff Centre in the Musical Theatre Training Intensive with directors from New York City, his career has since taken him to short film, television commercials and beyond. In the past year, “Fringe Pick …” could have been his middle name. Izad took his one man show of three characters, Borderland, on tour throughout Canada where it received BEST IN VENUE and CRITICS choice at the Hamilton Fringe Festival and MOST OUTSTANDING YOUNG PERFORMER at the Calgary Fringe Festival. His character Leila (a beautiful persian woman… with a beard) will morph into a huge professional project launching early next year. Thanks to the support of his family, who escaped Iran to live in Victoria, not only did their world change, but so will the lives of those who hear the important messages in Izad’s productions.