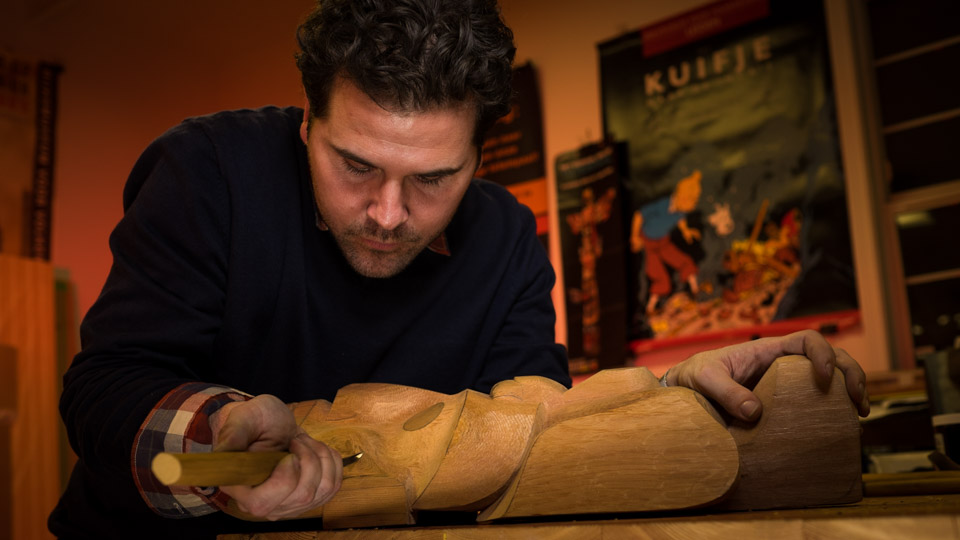 Encouraged by the impact of his recent impromptu tour “Ravens in a Material World,” renowned Northwest Coast artist Rande Cook (K’alapa) has plans to “make things of a sizeable scale” in Hong Kong. All this from the once young teen who’s talent was so prevalent that a printshop would not reproduce his artwork, unconvinced it was his own. It was then Rande doubted and stopped until he began a job working at UVIC’s Maltwood Gallery archiving artists from the Coast Salish to Alaska. Picking it up again, a Friday Harbour gallery owner took Rande under their wing to produce a solo exhibit – an exhausting six month undertaking that produced his first sold-out show. Later winning a proposal to the Netherland’s Princess Margriet helped put him on the world stage. Wisely throughout his career, Rande sought the mentorship of First Nations’ art masters in wood, metal, Repousee, Chasing – all evident in his stunning work and cross-cultural shows.

alanConnecting with the World Masked in many ways03.06.2014