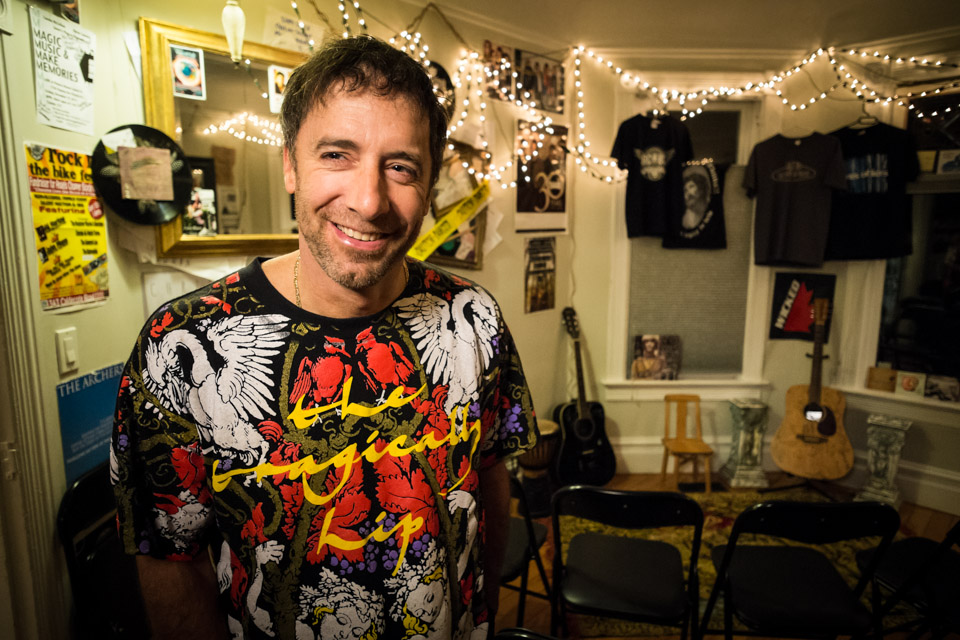 It is one thing to have a house party, it is another to host some of the biggest names in music. Andrew Briggs’ uncanny knack for random encounters with the rich and famous began in boarding school. Brigg’s school mates included Prince Andrew and the sons of Mike Eaton, Rockin’ Ronnie Hawkins and the Philippine’s President. Andrew later played hockey with members from the Tragically Hip and worked with Colin James’ wife. One night chatting with an entertainer at a local pub Andrew found himself front and centre with Tom Hooper of the Grapes of Wrath. After weeks of inviting nearly sixty friends with him, Andrew jokingly asked if Tom would play at his house. One hundred and thirty plus Invite Only shows later, local and visiting artists perform live sessions amongst the autographed paraphernalia in Andrew’s living room. Andrew generously gives all proceeds to the artists, collects food donations for the hungry and uses the bottles to fundraise for a teens bicycle re-building program.