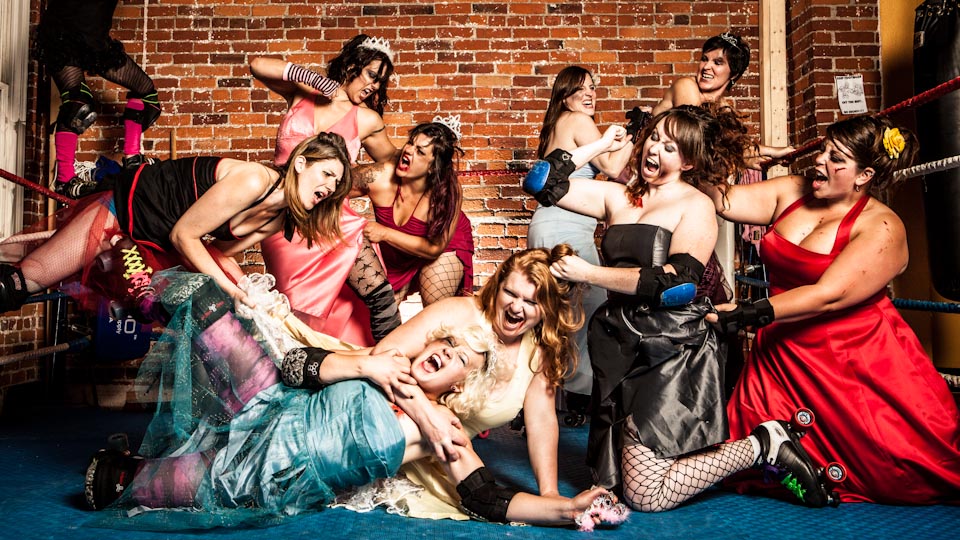 Belles of the Brawl is one of two local teams that make up Victoria’s roller derby league Eves of Destruction. In 2011, the Eves placed second at the Canadian Westerns and have been successfully captivating sold-out local crowds in Victoria since 2006. The Belles’ Team Captain Samantha, AKA. Ruby, spoke of their aspirations to become members of the Women’s Flat Track Derby Association and currently follow the association’s sixty page rule book. The team is an eclectic group (ages 20-50), some of whom experienced major life changes and joined the team as a place to feel grounded doing a ‘just for them sport’. The team provides off-track and on-track camaraderie for girls who have never felt they were the sporty type. At games, they show lots of sponsor love and charitable giving. They require a whopping 75-80 volunteers per game! Their goal: to have a permanent venue year round to maximize playing time and member commitment.