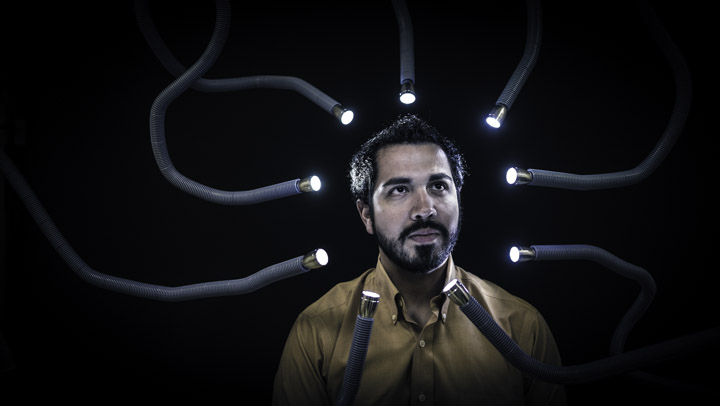 Who would you get if you bundled together a childhood Trek-fan, a keen mind for computers, a thirst for psychology and artificial intelligence? Jose Barrios – a wildly curious young man from Mexico with a vision to study psychology in “the warmest part of Canada.” During his studies Barrios’ aptitude caught the attention of one particular psych professor, now his biggest advocate, when partway through Barrios began exploring computer programming. The software Jose produced gave researchers the ability to connect with patients online from home and skip scheduling, bureaucratic, liability and transport issues to location based labs which took days. An approximate seven experiments per month were increased to 700. Amazingly Barrios has helped researchers of autism at UVIC collect what could be the world’s largest repository of data on autism. Since, multiple major universities have started using his invaluable software. It’s apparent to Jose now, that much of the anonymous information captured could be cross-pollinated for advances in artificial intelligence.

alanData access lights up hidden corners of the human brain08.07.2014