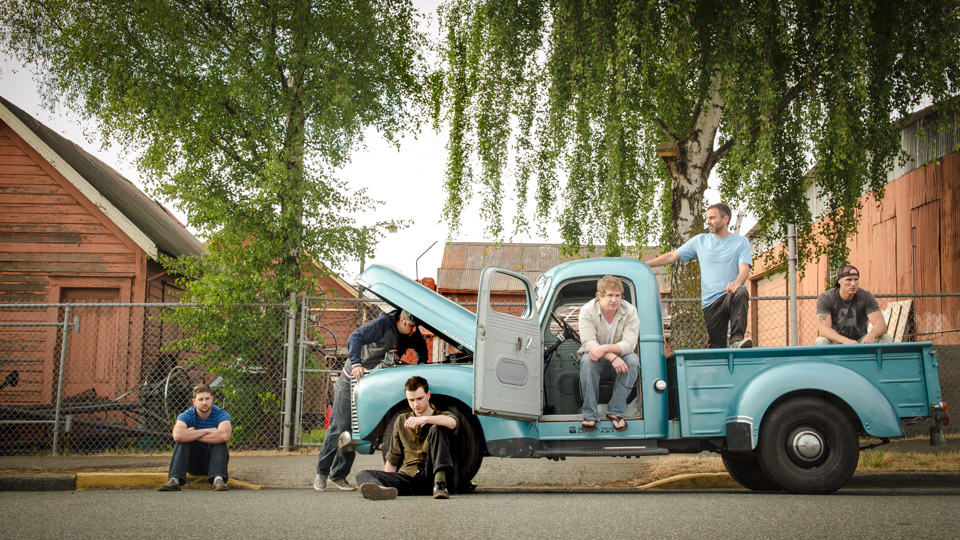 Enlivened by the West Coast rocky shores, dramatic mountains, and beautiful rain forests Quoia (Kwoi-a) is a dedicated band of Islanders committed to sharing sounds and lyrics which embrace our island lifestyle. From carving out one of Canada’s most popular festivals (by CBC Radio 3), Tall Tree, to producing sounds for several films they repeatedly hit the mark with their artistic talent. Quoia produced their first full length album Wildside in 2011 and in May 2013 released a self-titled EP. Their songs provide words to believe in; the kind of words that get us through our daily grind. Together they are Hugh Mackie (keyboards) and Tyler Harvey (guitar) who throw out charged raw talent, the humourous Alex Nicholls’ (serious mandolin/violin), Jeff Scotney adds the groove and bounce (bass), Keith Gallant the grounded good guy keeps pace (drums/percussion), and Mike Hann the elixir (writing, guitar and lead vocals). Quoia always brings a ton of energy to their live shows. June 2013 Band of the Month ZONE 91.3 FM.

alanBeyond producing songs they emphasize what matters most to West Coast06.01.2013