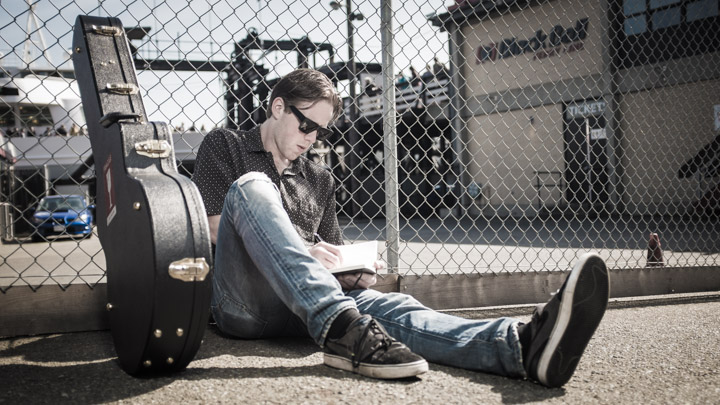 Singer songwriter, Robbie Aylesworth headed west after bidding farewell to the comforts of ‘small town life’ and a close circle of hockey friends to do what he knew he was meant to do. His family had encouraged Robbie throughout his life to play music, yet his community’s music scene was non-existent. Within the last few years, Robbie intently sat down determined to find somewhere (London, Toronto, etc.) with a vibrant connection. He chose traveling Australia and was inspired to enrol in an audio engineering program upon his return. Still wanting to pursue performing he auditioned at Berklee and planned a mini-WestCoast tour where friends and family had a welcoming impromptu jam session in Victoria. Robbie immediately saw kinship and the bond among musicians he had searched for. Aylesworth made ‘the move’ based on that gut feeling, self-funded his new life, and, now, Robbie has arrived! He’s releasing his first EP, is showcased as Band of the Month on the ZONE @91.3 and again at VicFest 2014 – a testament to his commitment and talent.