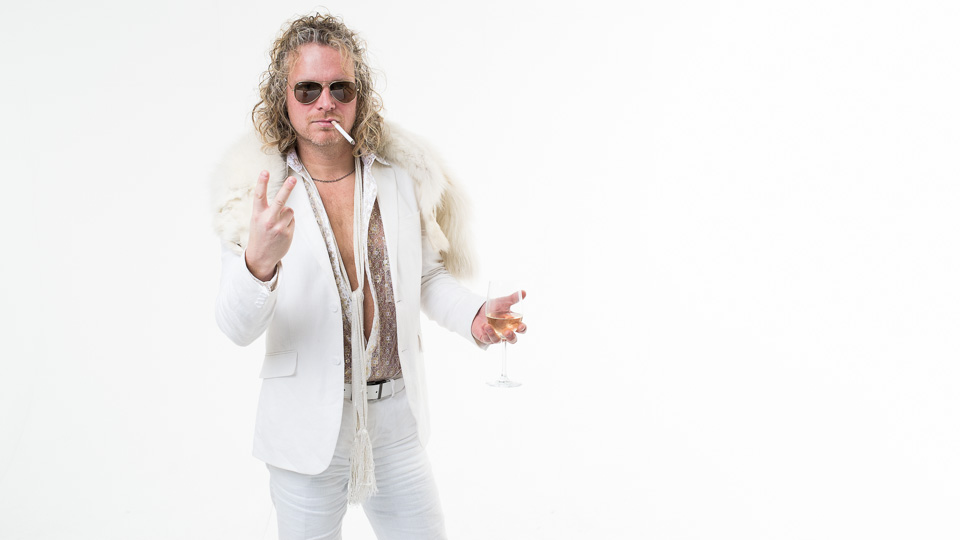 British neo-glam rockstar Ian Starglow has recently taken up temporary residence in Victoria after being charged with “arson by negligence” and having his passport revoked. Allegedly, Starglow accidentally ignited a drape in the Empress Hotel lobby after refusing a staff request to extinguish his cigarette. The fire spread causing over $500,000 worth of damage and sending thirty-two people to hospital. Starglow disavows all responsibility and is countersuing the hotel for having “dangerous drapes.” While he awaits trial, Starglow has been spotted taking in the city life prowling the club scene with his bodyguards and various local lady friends, making token appearances at local charity events and recording new music . It has also been observed that Starglow is constantly shadowed by a mysterious, kimono-clad Japanese woman whose identity is currently unknown. While several people have noted an uncanny resemblance between the brazen Starglow and mild-mannered Canadian singer-songwriter Tal Bachman, Starglow claims never to have heard of Bachman.