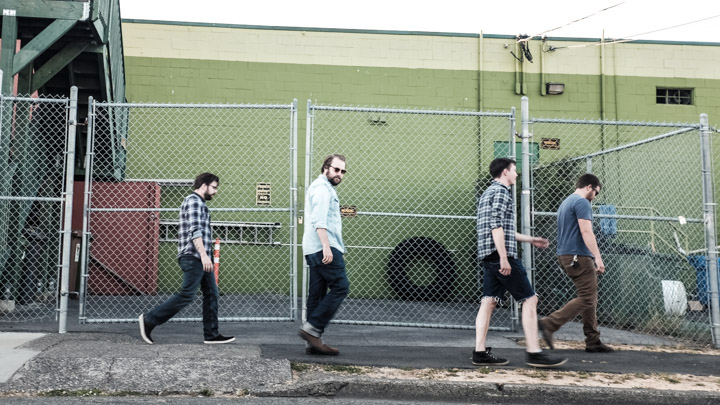 Stories about places and moments, in the songs by local band Hawk and Steel, allow anyone to fill in their own idea of where that is. Much of their music could be really easy listening blend of Rock and Country with great lyrics, however the way they prefer to play it is – the louder the better. “It’s difficult finding and creating meaty content that you can be proud of, that’s not political and it’s not horse——,” says singer songwriter Peter. “There’s a fine line between preachy, and not.” The band is four years old and recently selected as the band of the month for June by @The ZONE 91-3 FM for their great sound of Rock, Country and Folk mixed with some genres of music they call an awkward shade of brown. Their first record about relationships was Danger Road in 2012 and Anywhere But Here, their new album, is due out June 2015 with their punk song, Maps. Peter says, “This album is more conscious about stories and less about my emotions or misery.”