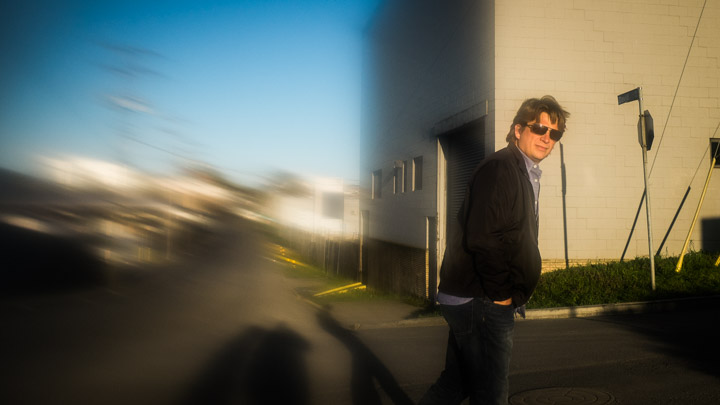 To the neighbours, Jonathan Gleed may have appeared slightly obscure when he was growing up. Rescuing wild animals with his family, spending much of his time alone while exploring on his bike or observing the world around him for hours on end from a favourite tree. However his thoughtful early life provided Gleed with a unique gift – an ability to see momentary fascination in the everyday. Gleed realized early on that he saw his surroundings differently than other people – the vibrant light, colours in shadows, sensory of sight and sound. Later, living with his young family in Victoria, he began to fully explore his early passions in art which crept to the surface. An obsession ensued. To create what he sensed. Gleed walked in search of locations with contrasting light or motion. A long process of walking, timing and capturing a split second. Then picking up a brush he feverishly constructs his interpretation of the image – an acrylic reflection of a moment forgotten by another passerby.