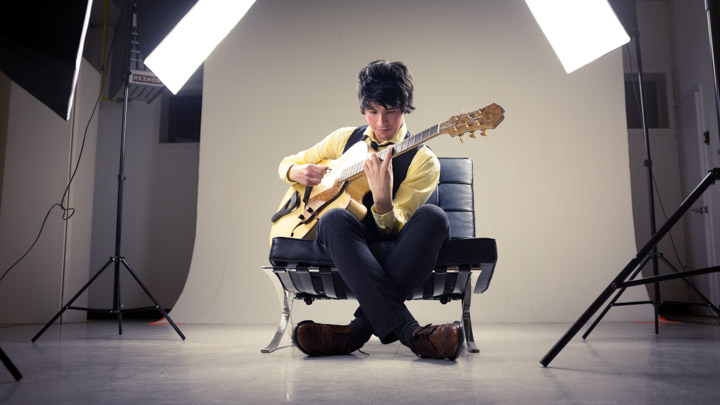 Thankfully for Quinn Bachand his father’s work as a guitar maker means there’s always plenty of reason to play instruments. At five Bachand played classical violin, at ten guitar, and by twelve he accompanied Ashley MacIsaac live on stage with only an hour’s rehearsal. Since, he has performed with MacIsaac across Canada and Australia. Bachand has performed with many renowned Canadian artists including Cape Breton’s Natalie McMaster, whose well-rehearsed group leave little room for interpretation. Quinn’s sharp ear permits him to be quick to learn and very intuitive. He grew up exposed to a wide range of music, from Coltrane to Grappelli, and adores playing Irish traditional music as much as Gypsy Jazz. Currently, this eighteen year old is on a full-ride scholarship to Berklee College of Music in Boston and recently released his third, much anticipated album with sister Qristina where this award-winning duo enjoyed working with co-producer Joby Baker on the album’s fourteen tracks.

alanMusic by interpretation not just as it’s written01.08.2015