[vc_row][vc_column][vc_column_text]Ian Chisholm, or “Chiz” as he is known to those close to him, served us coffee, from handmade clay mugs featuring the Roy Group logo, at the boardroom table of his leadership development firm headquartered on the Saanich Peninsula.  Headquarters is a cozy converted garage, just steps from the main house and surrounded by pine trees.  The walls are covered in photos of his team, laid out like magazine covers, with headlines detailing what makes them each unique.  There are cozy blankets on all the boardroom chairs, and in the background, you can hear the sound of the fire in a wood stove.

Ian Chisholm co-founded Roy Group in 2004 as a bespoke leadership development firm.  Their team members have each been hand-selected through longstanding relationships and deep trust, and they only work with a select group of clients at any given time.  Through in-person and virtual programs, their goal is to change the way organizations view leadership and give them the tools and knowledge to continuously improve, through learning experiences and coaching practices that are easy to adopt and apply.  They are known for quality, and for inspiring others through their own conduct.

Ian was born in Edmonton while his parents were still attending university but moved back to the family farm in Saskatchewan in time for him to start kindergarten.  They were one of only four or five farms in the area that had been the same family for five generations.[/vc_column_text][/vc_column][/vc_row][vc_row vertical_alignment=”middle”][vc_column width=”1/2″][blockquote margin_top=”50″]Surprising right?  It all started with a land grant from the Canadian government, which I always thought was kind of cool until the last few years with reconciliation, but I’m super proud to be from Saskatchewan and super proud to be a farm kid.  When I think back to the risk we took as kids with snowmobiles and quads and pellet guns, it was a stupid amount of risk taken as a child, and really awesome.  It would be unacceptable today, but it was awesome back then. It was just go for it- and we’re still alive.  I’m sure statistically there was a price paid by our generation for that.[/blockquote][/vc_column][vc_column width=”1/2″][vc_single_image image=”1417″][/vc_column][/vc_row][vc_row][vc_column][vc_column_text]Every second Christmas, Ian and his family would come out to Victoria to visit an aunt and uncle who worked at Pearson College, where they would have the entire campus to themselves.  He knew immediately that he wanted to apply at a United World College.  At age 16, he applied to Pearson College to represent Saskatchewan but received, what he described as the first heartbreak of his life, the news that that he wasn’t accepted.  Two weeks before school started in grade 12, he got another chance.  A North American boy turned down his spot at the United World College in New Mexico, so Ian was in.

“It was awesome.  That’s the best two years of my life really.  It was the first time I had ever felt healthy.   I had really bad asthma as a kid and there was something about living in the desert and mountains of Northern New Mexico that my asthma just disappeared.   I went from being somebody who wasn’t very active and was, you know, kind of a bookworm and just not called to activity to having so much energy I needed like four hours of sleep a night.  Yeah, it was transformational. It was awesome to feel that good at 17.  To all of a sudden be in a place that has 90 plus countries all with different values and norms.   You learn a lot about the way you really want to be with people from around the world, not just what does it mean to be a 17-year-old from Saskatchewan.  Up until then, I thought I was doing a pretty good job.

In third year, Ian had the chance to study internationally again and through a university exchange program, he got to take a year of pre-med in Scotland. “They let me study gross anatomy physiology and biochemistry and I loved it. There was something about the way they do university in the UK.  It’s more discussions, more get your own work done we’re not going to spoon feed you- less memorization, more discovery.   I did really well, so I thought I was on track.”

Ian had the chance during the final year of his degree to be in the surgical theatre for open heart-surgery.  He thought he would be behind glass up in a balcony, but he got to be right next to the action. “All I paid attention to was the teamwork.  The teamwork of the anesthesiologist and the nurses and the intern and the more experienced surgeon was the facet that captured my imagination, not the science.  That was boring.  I was like, I desperately want to do this for a living, because I want to do that.”

Ian experienced the second heartbreak of his life when he was told there was no chance of getting into medical school as his marks were not good enough.[/vc_column_text][/vc_column][/vc_row][vc_row vertical_alignment=”middle”][vc_column width=”1/2″][blockquote]That was my daydream- being with people when they were at their most human, feeling very vulnerable and somehow being a source of something for them in those moments that would be a really positive influence, good news or bad news, and helping them figure out the way forward.  I really wiped out, I mean it was not pretty.  I was really heartbroken.  I wish so much that there was an adult in the equation who found me fascinating enough to go for a coffee and help me distill down what all of my dreams had in common.  It would have been invaluable to me, and it would have saved me years of heartache, to have an adult help me pivot and take stock of this gift that has shown itself all the way since I was little.[/blockquote][/vc_column][vc_column align=”center” width=”1/2″][vc_single_image image=”1423″][/vc_column][/vc_row][vc_row][vc_column][vc_column_text]Throughout university, when he wasn’t working on the farm, Ian had been working his way up through Operation Enterprise, a leadership training and career development program held on college campuses.  Even though it wasn’t something he was interested in at first, his father felt strongly that it was something he needed to participate in, so not wanting to push back on authority, he attended first in grade 12.  He ended up having a great time and returned first as a camp councillor and later as a program director.  When they found out that Ian was at a bit of a loose end in his life after being rejected from med school, they offered him a job with their New York office picking up speakers from the airport setting up meeting rooms. “It wasn’t glamorous, but it was the start of a number of really deep patterns in our work now.  Connecting with those speakers on the drive back from the airport was go time for me, making sure that when people walked into that room that we had set up, that they would kind of stop for a second and realize that something special was going to happen in this room.   You’re meeting all these incredible people who are the kinds of adults that we just talked about.  They intercept your life, and your evolution goes through a little quantum leap.”[/vc_column_text][/vc_column][/vc_row][vc_row vertical_alignment=”middle”][vc_column width=”1/2″][vc_single_image image=”1424″][/vc_column][vc_column width=”1/2″][blockquote]There will be people that step into your life and, all of a sudden, you are capable of like a thousand times more because of their belief in you and the time they invest in you and whatever they see in you. They were choice people and that was my entry into this field of executive leadership development.[/blockquote][/vc_column][/vc_row][vc_row][vc_column][vc_column_text]All of Ian’s experiences have clearly culminated to shape where he is today, and he is visibly very passionate about what he does.  We were anxious to learn what exactly it is about leadership development that excites him the most. “The moment that I will never get tired of is when somebody who’s wicked smart, like wicked accomplished, maybe they’ve been a doctor, maybe they’ve started a multi-billion dollar venture, maybe are a person that the world pays attention to, and they suddenly hit that moment where they realize that what they know is valuable, but it’s not the whole picture. They see there’s a piece of the puzzle that they have ignored their whole successful life.”[/vc_column_text][/vc_column][/vc_row][vc_row vertical_alignment=”middle”][vc_column width=”2/3″][blockquote]It’s about making them the focus of my full attention, being fascinated with their experience, where they are at, the options that they have, and knowing that somehow, the way that I conduct myself could change what’s possible inside this person.  I mean that’s not magic, but it is the closest thing to real magic that human beings get.  [/blockquote][/vc_column][vc_column width=”1/3″][vc_single_image image=”1425″][/vc_column][/vc_row][vc_row][vc_column][vc_column_text]To wrap up our time, we asked Ian how he feels about what he has accomplished so far and how he would like to be remembered. “ I didn’t realize that what I do now was even a job.  Who in high school says- I think I want to do leadership development? Nobody.  I think is interesting is that there is usually a thread that’s already in your life, but you just thought it was extraneous.  I do think my life would probably be easier if I chose to sell expertise and not a practice.  When what you’re selling is a practice, there’s really no end date.  You don’t stop practicing, so I doubt that I will ever retire.  Some days that makes me sad.  I could slow down I guess.  It doesn’t work for me if it’s not personal somehow.  That doesn’t mean that I have to be involved, it just means that for whoever is involved, there’s a torch that’s been passed on.  If I ever commission a piece of sculpture on a university campus, from this end, the sculpture will be all jagged and sharp and chaotic, but from the other side, it’ll just be like a jetliner- so smooth and exact- like the writing was on the wall the whole time, but I just couldn’t decode it.”  [/vc_column_text][/vc_column][/vc_row][vc_row vertical_alignment=”middle”][vc_column width=”1/2″][vc_single_image image=”1426″][/vc_column][vc_column width=”1/2″][vc_column_text]

Although hard to discover through the fog, Ian clearly found his unique ability.  What we find the most inspiring about him, is how hard he now works to help others find theirs. 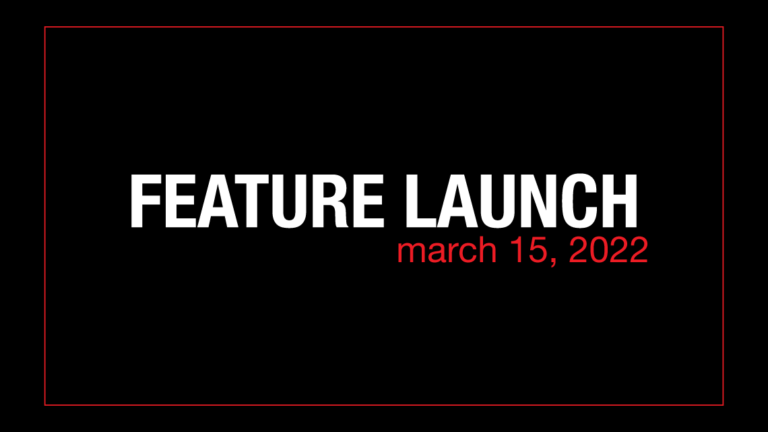 [vc_row][vc_column][vc_column_text]We have been working hard behind the scenes to get ready for our launch this year and are excited to announce that we will be going live with our first full feature March 15th, 2022! You will see a big difference in the new feature styles. They now include a much longer article, a video… 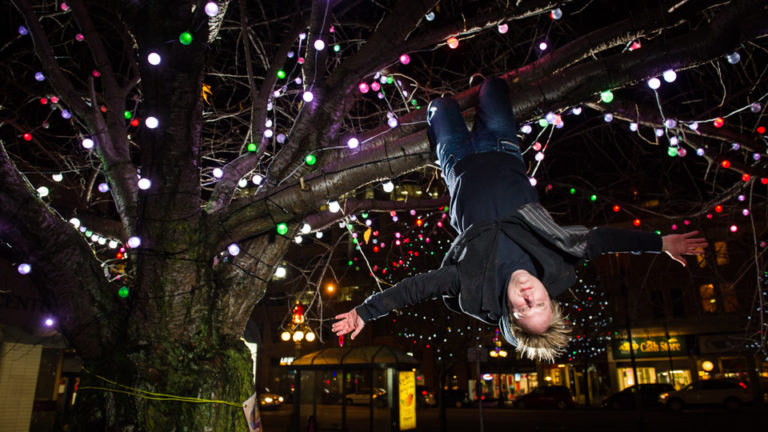 After learning jobs in the gaming industry were underpaid and overworked, Justin Love made a pivotal choice. He switched to a new combined program in 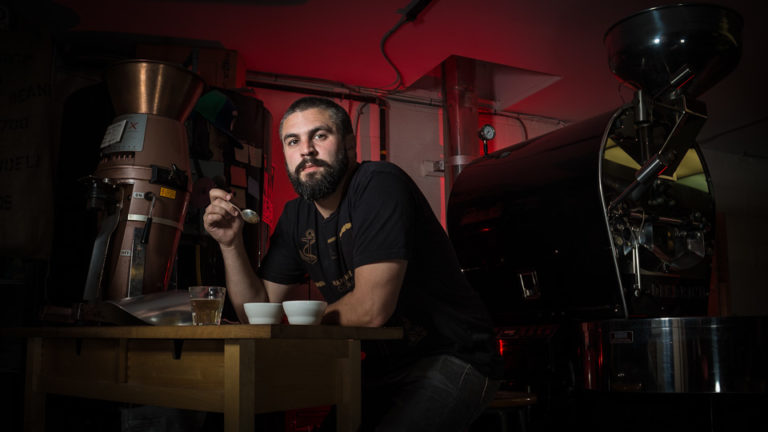 Professional barista Logan Gray serves up a refined appreciation for coffee’s numerous characteristics. His affinity for tasting, cupping and grades of